In April I shot a crafty online series...

I'm going to a) attempt to embed the video here, instead of sending you to the Youtube channel, as it will most likely look prettier (!) and b) I'll be providing the longer How To version, with pics and measurements; for those of you who would prefer it that way :) 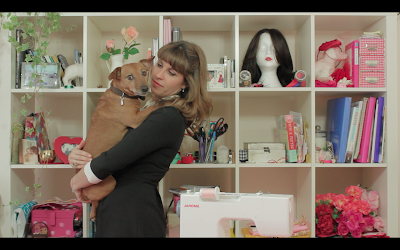 In the meantime, feel free to ask me anything you like about anything to do with it! Whether it's about the fabric, the shoot itself, or bunting in general; I'll be more than happy to answer..!

I think it's fairly straight-forward, myself, and I'm aware there's a lot of online material (excuse the pun) out there to help budding seamstresses and crafters... the only thing I can offer to the medium that's 'different' is me and Rod. So hopefully you'll like it; Rod told me to tell you he has a bit more involvement in the forthcoming shows. *I have a feeling he may be getting a little bit of an ego...but I'll still adore him whatever his rider is...