Crafty AND Mysterious? What more could I ask for?!

Last week, in my unofficial role as Head Girl in the Sampling School of All-Things-Crafty in London Town, I made a spur of the moment decision to invite my friend Lauren to a 'Mystery Craft Workshop'... 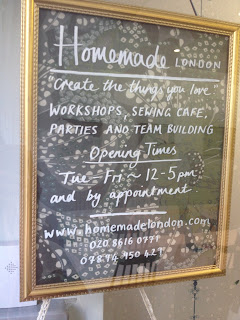 If you're also the kind of person who likes surprises, enjoys mingling with like-minded creative people, and is intrigued by what crafty goodies can be created in a very short time period... then you'll very likely love this self-titled 'craft salon' too!

The Blog post soundtrack for today..? I thought this was quite apt, a mash-up track from musical movie Pitch Perfect - why? Cos it's perfectly pretty, upbeat, and leaves you feeling happy. Oh - and if you're a creative geek - you're in perfect company :)

Sew... How did this come about?

I fell upon Homemade London online, and was instantly curious as I'd never heard of it before... It's based in Central London, very near Marble Arch, and offers a wide array of workshops, events and bespoke parties, all tailored to the 'masses who make'! 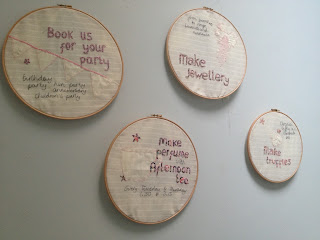 Something that gives it a rather unique 'pull' is the price tag for it's Mystery Craft Workshops - just a tenner!! Yes, at the time this goes to print (!) for only £10 you're guaranteed an hour of making madness, you've got no idea what the workshop will involve until it's explained to you in the first five minutes, whatever it is, you get to take it home with you... AND you're offered a glass of sangria or fizzy orange when you arrive. (I mean, there are some places in London where the drinks alone would be that much, and you'd be expected to buy more than one an hour... so... where's the catch?!)

The 'catch', if you can call it that, is the very thing you know it's going to be... a mystery. In other words, you may not necessarily want a decorative Barbie doll with a big crocheted skirt to put over your toilet roll. That, however, is not one of the workshops they've offered to date. In fact, if they do start doing that, it was me that gave them the idea............

They run various workshops at Homemade London, with everything from lampshade making, to perfume making over afternoon tea, and they're even branching out into millinery and printing workshops - so there's no need to opt for the mysterious choice - I just thought it'd serve as the perfect introduction, for me to scope out the joint and see what else appealed... 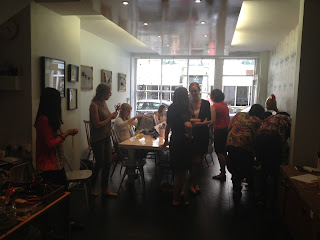 Lauren and I were the last to arrive, out of breath from our run from Marble Arch (my fault), so the reception drinks were welcome! Nicola, Homemade London's passionate founder, introduced the evening to us, and explained we would be creating a fabric covered hanger... it seemed pretty straight-forward (thankfully) and we were then sent off to the fabric remnants chest to rummage around and source the fabric for our own hanger... it's at this point you wish you'd asked the right questions when you had the chance... things like 'Will this be an easier task to master if I choose a heavy lycra-mix fabric, or should I just go for the satin that's fraying, because it won't be noticeable anyway..?'. Ah you live and learn... 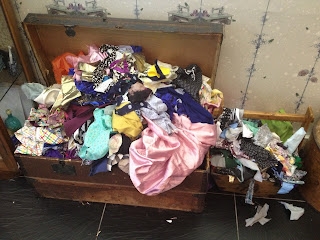 As a quick aside, I did feel rather comforted by Nicola's chest. That sounds rather strange, I know, but sometimes when I consider the amount of fabric remnants I've got lying around at home for That-Project-that-may-require-four-centimetres-squared-of-neon-pink-gingham - it's easy to feel like a bit of a hoarding weirdo. But then someone shows you their fabric stash, and all of a sudden you're normal again. Just like that. Glad I've got that off my chest. *oh dear.

After choosing our fabric pieces, we were filtered downstairs to the second workshop space, where Nicola swiftly demonstrated how to wrap the fabric, secure it to the wire hanger, and make it look pretty in the process. 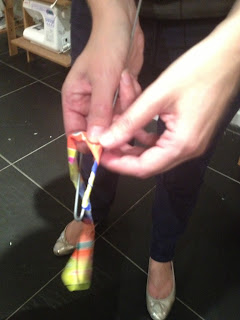 I won't say any more about the How To of it, as it's pretty self-explanatory, but it was fun... Not just the making, but also being in the company of other like-minded women, chatting about the creative makings in their lives..! Nicola came out with lots of little reassuring crafty sound bites (that seemed to relate to life too,) like "It's much easier to work out what you need to do, if you decide at the outset what you want to achieve..,", it was hard not to be affected by her obvious love and enthusiasm for the place, and her work.

In fact, as creative venues and workshops seem to be growing in popularity, there's no denying their obvious appeal; as human beings are we not driven by self actualisation and accomplishment, be that in our careers or in our spare time..? Surely that's a statement that applies to most of us..? I mean, without getting too much into it, creating something and appreciating the simple aesthetics of a hand-made... well anything really... IS one of the simple pleasures in life. Or, at least, it is to me. 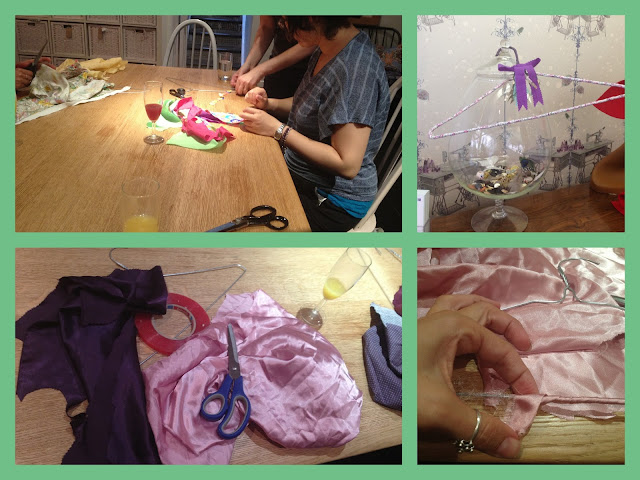 Sew Go and Take a Workshop...

...you never know what you'll learn, and you'll definitely come away from Homemade London feeling uplifted! 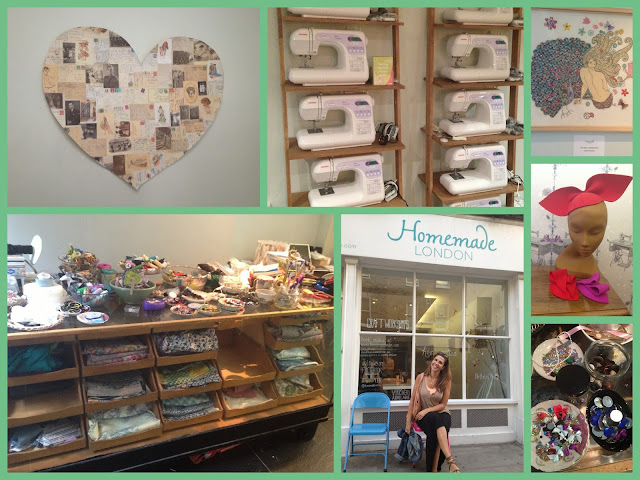 ...And, those of you who have put up with me banging on about the crafty show I filmed back in April... - the first episode is ready to share!! I'll be posting it HERE in the coming week! *gulp*