On Sunday I was lucky enough to be party to a performance in the decadent Crush Room, in the Royal Opera House..! The reason? I’m a volunteer driver for Contact the Elderly, the only national charity dedicated to providing social events to the older generation, combating loneliness in a very real way. 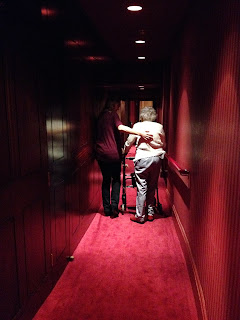 I thought this would make for the perfect blog post soundtrack – hopefully this will open in a separate window for you to enjoy while you read this post, so you get a feel for the experience I had yesterday…

I've been a volunteer driver for Contact the Elderly for a couple of years now, and have been meaning to write something about the work they do for the same amount of time. The charity sums up the work they do with the following on their website;


a lifeline of friendship

We organise regular Sunday afternoon tea parties for people aged 75 and over, who live with little or no social support. The afternoons are full of fun and laughter and make a real difference to the lives of our guests.

I can testify this is true! You can either volunteer as a driver, or as a host – the hosts provide the room and tasty treats for the afternoon, the driver makes sure the guests get there and back again; the result is tea, talk and companionship. As with many genius ideas, this is simple and effective –Contact The Elderly connects people. 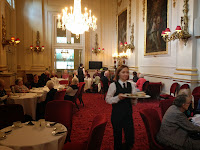 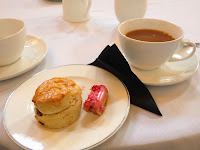 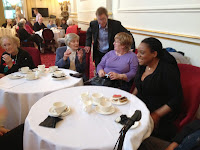 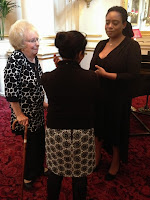 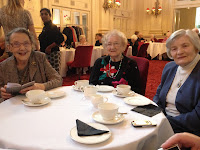 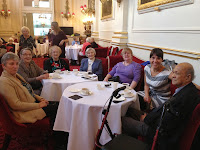 It’s my belief that most of us hear the word commitment and decide there and then that volunteer work is too much to fit in to an already-busy life… the sentence ‘Volunteering for this charity means committing to one Sunday a month’ loses it’s ability to attract a new recruit, purely because the main thrust of the sentence is lost behind the word ‘committing’, even though it means giving only ONE day a month to a very worthy cause. Granted, working shifts – as I do – gives me some leeway to fit in pro bono work, and it’s something that gives me a lot of pleasure. I enjoy celebrating people’s incredible lives, especially when they have so much to share, so many anecdotes, and a wealth of history that reveals so much… 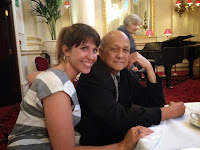 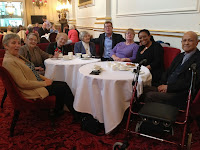 My own Nan turned 94 today (!) – I don’t get to spend much time with her, as I live so far away… but my Nan does have incredible support from my Mum, and her family and neighbours also pop in from time to time. Other people are not so fortunate.


But how does this involve the Royal Opera House..? 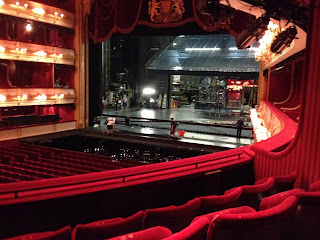 Sam Sparling, the ROH Audience Engagement Projects Manager, and Victoria Green, Events Manager, revealed that the Robert Gavron Charitable Trust donates money to The Royal Opera House for the purpose of charitable outreach work, to connect with areas of the community that would otherwise not get to enjoy such privileges. For an intimate group of forty of us yesterday associated with Contact the Elderly, this meant receiving a tour of the building, including the Queen's box, and also a private performance of arias from Tosca, from independent soloist soprano Gweneth Ann Jeffers.

Not only did she sing beautifully, Gweneth also took questions from the crowd, divulging secrets from behind the scenes – and giving a real taste of what it means to be an opera singer,before singing Happy Birthday to two of the ladies in our group! She was accompanied by David Sutton-Anderson on the piano, music staff at the Royal Opera House – and he also gave fascinating insights into the backdrop to Tosca…

Written in the late 18th century, and set in 1800, Tosca broke the mould as an opera… a political plot line with torture, murder and suicide, the drama centres around an Opera singer’s trials, named Tosca. The first production staged in Rome was met with critics’ disapproval – but the audience loved it! And so, over a century later, here we are still falling under it’s spell. The pianist also went on to tell us more about the structure of the music, introducing us to the idea of musical motifs, used to identity characters, objects and ideas – it really was a fascinating talk I felt lucky to be privy to! 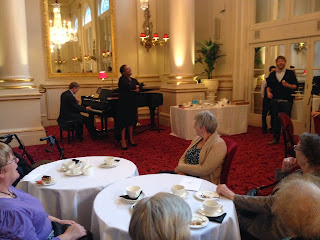 On the drive home, Kay (my companion for the day) expressed how grateful she was for the experience, and how wonderful it was to be able to talk to an opera singer, to hear about her life, and to receive such a performance. It made me think how powerful a tool socialising is (and not for the first time). Little did Kay realise how inspirational she is to me. This is a lady who, having lost her beloved husband of forty years a few years ago, did not want to live any more… but instead of giving up, she took on advice from bereavement counsellors, was introduced to Buddhism by her nephew, and made herself take up various social events. This is not to say her life is now ‘fine’, she still misses her husband terribly, but there is an undeniable strength and courage there – the sort of fight you wouldn't instantly associate with someone who walks with a stick, or has a hearing aid. Her strength runs far deeper than physical ability. I feel fortunate to have contact with the third generation, to hear the stories of their lives, and to be in their company when they’re enjoying themselves. I have a few stories I could tell you from the ladies, of dating American soldiers, receiving silk stockings in the post, and buying their first home with butter sent from their family in Ireland - to name just a few! 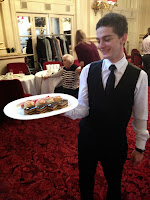 SO if you happen to have some spare time on your hands, and you’d like to give some time to improving someone’s quality of life, I heartily recommend looking into volunteering for Contact The Elderly… you never know, you might just get to experience something you weren't expecting…


And finally... just as a quick aside...
I thought I'd give you an idea of what's coming in the near future, this 'Coming Soon!' list is the kind of thing I like reading about on my favourite blogs... so I thought I'd do the same here;
Labels: Contact The Elderly Drama life London musings outreach work reviews Robert Gavron Charitable Trust Royal Opera House Tosca volunteer Volunteering