How to design outfits for Carnival! AKA Feel the fear, and do it anyway!

My journey as a carnival costume designer started when I was asked by the band leader of one of London's longest standing mas bands to submit designs for Notting Hill Carnival 2018, back in November 2017... I honestly didn't know where to start, having never done it before - and I thought it might be useful to share a few things about how, logistically, it all came together... 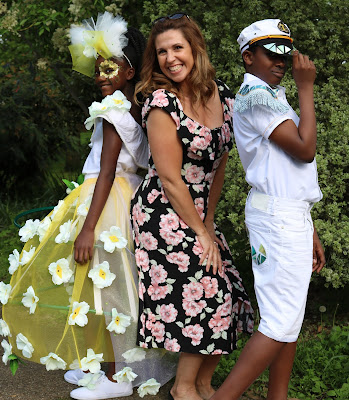 After I'd sent my rudimentary sketches over, the Artistic Director explained they would be considered for both the adults, and the children - but of-course, having very little experience of how carnival works - I had little idea what factors would be considered, or for which 'audience' my designs would be more suitable.
When I was told early 2018 I would be that year's children's designer for Elimu, I was as excited as I was terrified - to be clear, this would be the first time I'd be making an outfit for ANY child, let alone 30!! 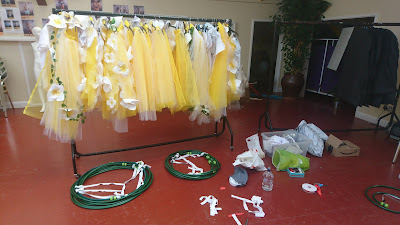 I asked what the timetable was - and the first major date I was given was for the prototypes to be finished; to make my designs come off the paper, fit for critique. This date was a couple of weeks' prior to the photo shoot, which would give the band the means to advertise the designs on their website. On the same day as the photo shoot, there was the official launch (with the catwalk), which then lead to sales opening online. It was at that point I understood the pressure of people paying good money for one of my outfits! 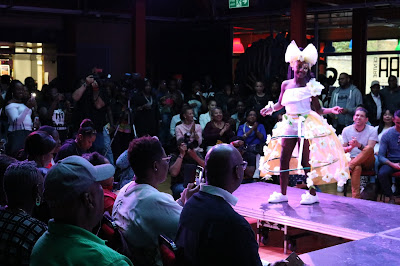 It's interesting now, when I look back, how Elimu took a real chance on me and my work - not knowing how it would be received by the children, their parents, or the carnival community as a whole. People are not compelled to buy from the same mas band every year; if anything, if the child or the parent sees an outfit in a different band that they love (there are over 70 bands to choose from), then that's where they'll go. So my brain was telling me - "you're completely new to this, you have no clue what the other mas bands are designing/offering - how on earth are you going to reach a 'commercial' level?!".
Can you imagine, for example, 'having a crack' at entering a beauty pageant, at a professional level..? Where would you start? Would the thought of 'lifers' put you off?

If this all seems a little over-the-top, and you think I'm adding stress where there isn't any... let me tell you, Carnival is a massive event for the community - and a major date in the calendar, much like Christmas - here's a glimpse of what it means to Makayah (a quote made a few years ago, from one of my girls). On the other side, there are the adults and their expectations; Eldora was a massive source of support to me during mas camp, here's her take on the feeling behind Carnival.

There were so many readjustments of my expectations (of both myself, and the outfits) - and the final result was a culmination of so many conversations with so many people... that it's impossible for me to now dissect it all and lay it out for you. Maybe that's a conversation for another day, how the costumes went from their prototype version, to being carnival-ready? 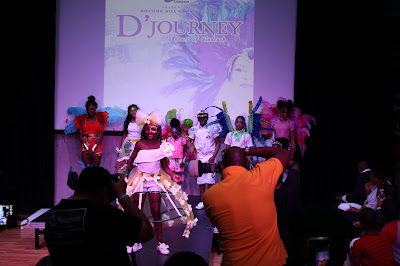 I'll share one example of a tweak made along the way - (long after I thought I'd completely finished the design of the outfits) the boys' costume was shedding mirrored pieces, with every move the model made at the photo shoot... I experimented with all kinds of glue, and had to concede that my original idea of wanting to use cut-up DVDs was ultimately not going to be feasible... I was upset about that, as it was one of my original eco-friendly use-as-many-recycled-textiles-as possible ideas, but I had to come to terms with the fact that some ideas have to be adapted, or dropped entirely, for the costume to be fit for purpose. 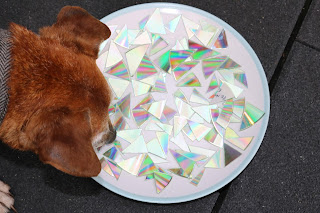 I'd also like to point out that, from the start, I was terrified that I would not do the theme of the 70th Anniversary of the Windrush, justice. I was open about my fear - and I maintain that I was possibly not the most qualified person for the job, given that I have no heritage or historical connection to the arrival of HMS Windrush 70 years ago.

I reminded myself along the way, that what I lacked in birthright, I made up for in passion. And, I would hope that was obvious to everyone who helped me on the journey to creating all those outfits last summer. I will say it's incredibly important to seek advice from people who have taken part in carnival all their lives - BUT - being open to suggestions, whilst also being faithful to your original idea, is a balancing act. There are strong voices in the carnival community who will express exactly what they think - and, whilst I love that honesty, and actively encouraged that feedback along the way, I also had to remind myself what my original inspiration was - and how those first designs had come about. 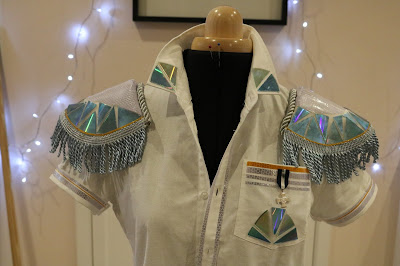 I wrote a piece last year - about my inspiration, and the designs, so I won't repeat it all here! What I will say is that it's challenging to find information on the process, or on how you would start as a designer if you were interested in it, hence why I'm writing about it, and why I'm also now making a video on the subject. If you're part of the carnival community, or you've helped out at mas camp, it's unlikely any of this is news to you - but maybe there's something you want to add..? Alternatively, if you read this, or watch the vlog (when I post it) and there's a question you feel I haven't answered, please do either leave a comment under the video - or here, on this post, and I'll respond. As I said, it felt like a very intense process, with a lot going on in a short period of time - for the sake of brevity I don't want to make this too long - but let me know if I've missed out something important in my explanation!

Being a carnival costume designer was one of the most challenging, and rewarding, experiences of my life. And seeing all those children playing mas in my costumes made my heart swell!


If you're reading this, finishing off your own outfit, someone else's - or just getting excited about this year's carnival next weekend, I am with you in spirit! Although I'm taking this year out to refill my creative juices, I'll still be there, mentally winding my way through the streets of West London, staring up at stilt walkers, marveling at outrageous dance moves, feeling the love of so many people from all over the world, all gathered for one reason - to celebrate people, diversity, triumph over adversity - and joy for joy's sake! Carnival is authentic pride in action - people sharing their story, their culture, their heritage, no matter what may be going on in the outside world. 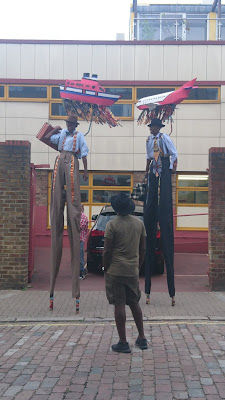